Warning Cookies are used on this site to provide the best user experience. If you continue, we assume that you agree to receive cookies from this site. OK
English
(€) 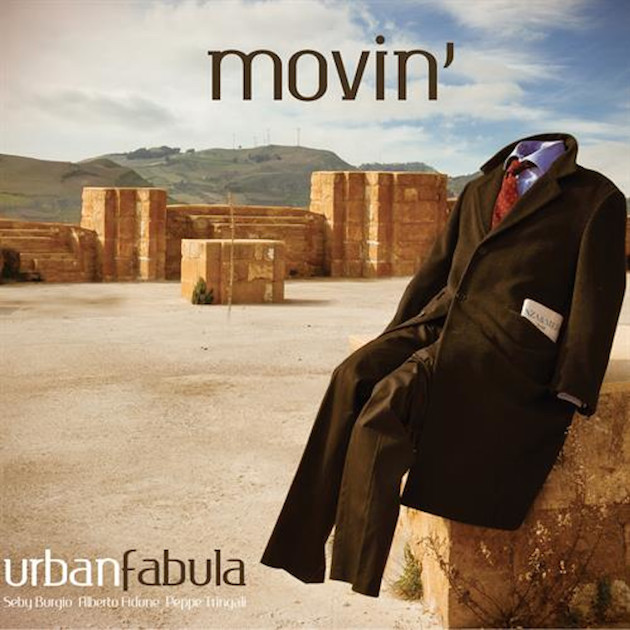 A few weeks ago the arrival on the record market of Movin ' , the second album of Urban Fabula , a Sicilian formation composed by the pianist Seby Burgio , by the double bass player Alberto Fidone and by the drummer Peppe Tringali who has active collaborations with musicians of the caliber of Steve Grossman, Enrico Rava, Javier Girotto, Michael Rosen, Gegè Telesforo, Fabrizio Bosso and Rosario Giuliani and who forms the rhythm section of the Mediterranean Jazz Orchestra .
Published by the TRP label, recorded in Catania and produced by Riccardo Samperi, the disc contains seven original compositions, as well as a reinterpretation of Sting's "Englishman in New York" , and expertly mixes Latin jazz, Cuban rhythms, funk and contemporary sounds. ethnic references, electric jazz, Euro-Mediterranean roots and pop citations. All with sudden changes of rhythms and atmospheres, which could be unsettling but which in reality are the hallmark of this work.
The album was preceded by the release of the single "Cubanito" , in which the classic Cuban club is (re) processed through a seven-beat pulse and where a graceful harmony leads to a dreamlike, evocative journey, to (re) discovery of their origins. Among the most convincing pieces, in the opinion of the writer, stand out the first track, entitled "Value of duty" and inspired by the "Hispanic" melody of Chick Korea, the refined ballad "Opportunity the rover" (written by Alberto Fidone only) and the funky “Jet Lag”.
The new work of Urban Fabula (finalist group at the European Jazz Contest in 2010 and winner of numerous competitions throughout Italy) is an album that shines for harmonic richness, rhythmic creativity, interpretative sensitivity and for the natural interplay of the musicians.
Finally, it should be noted that in Movin ' there are two guests: Yoro Ndao (narrating voice in the engaging “Yoro” ) and the children's choir of Aurora Leonardi's CESM (Centro Etneo Studi Musicali) (in the piece “Manu” ).